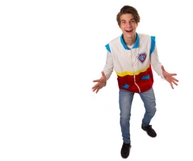 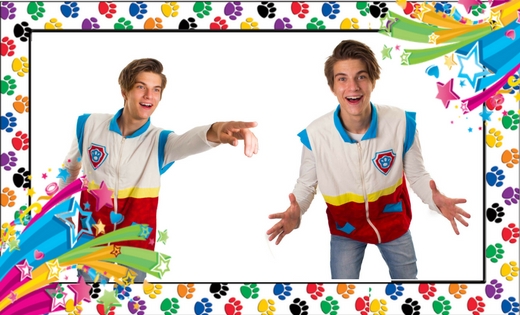 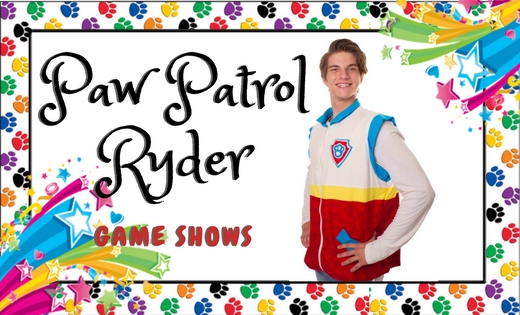 Planning a party can be RUFF. It doesn’t have to be, though! With some inspiration from Super Party Heroes, you’ll be well on your way to celebrating a Paw Patrol Themed Birthday Party

No job is too big and no pup is too small, so make your child’s next birthday bash a Paw Patrol party. We’ve got massive 5-star reviews from Mum and Dads In Brisbane & The Gold Coast Contact Us

Fans of the show and fans of puppies alike will fall in love with your Paw Patrol Entertainer wearing the Ryder Costume! Be one of the heroic group of puppies living in Adventure Bay

This is a total fun jam-packed show stuffed with our Paw Patrol Themed Party Activities and will bring the best experience for the children to get involved by putting them into a Paw Patrol training as to how they can survive the best Adventure that they foresee, The packages are broken down into series of fun activities and interactive sessions that kids and adults of all ages can enjoy.

0-10 minutes Meet & Greet
Your Booked Ryder Performer will run as fast as he can to be on his way to a special mission meeting his “mini paw patrol fans” in Adventure Bay (your backyard). Your Paw Patrol performer wearing the Ryder Costume will be shock to see the number of his fans as they greet their idol with lots of questions like “Where’s Marshal?” “Why are you in Adventure Bay?” etc.

Before that – the entertainer will have a quick guessing game trying to find out who the birthday child is – The entertainer gets this so wrong in so many funny ways. Once he is able to identify who the birthday boy is – all mini paw patrol citizens will discover that they will be put into a paw patrol training to get ready for the adventures that they will be on enhancing their skills to save the citizens who need help.

10-20 minutes Fun Themed Games
The children will be taught some survival skills from your Ryder entertainer so they could have speed skills in order to climb fast on trees to save kittens and capture the bad folks.

20-35 minutes Rescue Me!
Your Ryder Host wouldn’t want the children to be trapped by unfortunate mysterious events – that’s why he came up with a fun rescue training where half of the children get wrapped in big rolls of paper and the other half saves them by sneaking, running, hiding and strategize as to how they could rescue their best friends enclosed and captured in paper. Sometimes Mums and Dads even join in the fun at this stage.

All mini paw patrol fans must have the strength like their idol has. Your entertainer brought a Big Gigantic Rope to come out and play tug of war in order to be strong and have lots of stamina to their upcoming adventures.

35-40 minutes Use Your Magic Powers
The entertainer shows how to do some magic skills! Ryder came from a really enormous city that lead him have MAGIC SKILLS that he learnt from streets! Your entertainer will show his Magic Tricks to all his fans making them so amazed clapping and shouting with waves of laughter.

40-55 minutes Parachute Of Colour & Balloons
A big colorful giant parachute is flung out across the crowd! The parachute makes it eye catching for Mums and Dads and love this part of the show as they take photos of their children playing with the parachute and the entertainer.
Your entertainer came up with some fun and silly games such as bringing the chute up and down as they lie, squealing with excitement, face up, underneath it and so much more that makes the birthday child feel to be the super star of the day!

Now that your boys and girls are fully trained and have all the skills to move forward with their Adventure Bay Adventures, they are now bestowed with a paw patrol tickle balloon swords that they can use to work together and capture the bad citizens (Daddies) – hehehehe!

55-60mins: SINGING HAPPY BIRTHDAY AND PRIZE GIVING
At this point, we can say that the Training is now completed, your Brisbane party entertainer hands out birthday party stickers and magnets. All mini paw patrol fans get to sing happy birthday to your special child before your host says goodbye to all of the mini Ryder Fans.

WANT AN EXTRA HALF HOUR?
You can even get your The Paw Patrol party entertainer to perform a 1.5 hour show from beginning of the party as the children arrive and meet the guests. Your entertainer will ensure more fun games are played, including “pass the parcel” and even organise a pin-wheel making workshop! 30 minutes of fun and games will be just for a little extra cost.

WANT EVEN LONGER?
You can also hire your Brisbane and Gold Coast Birthday Party Entertainer For only a little extra to stay around as the children eat to make balloons for everyone. This is highly popular if you are having a party on grass as the balloon swords will, inevitably, pop. Children love to get a spare balloon from the performer as they eat which stops any tears.