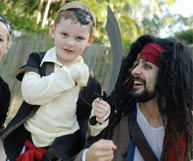 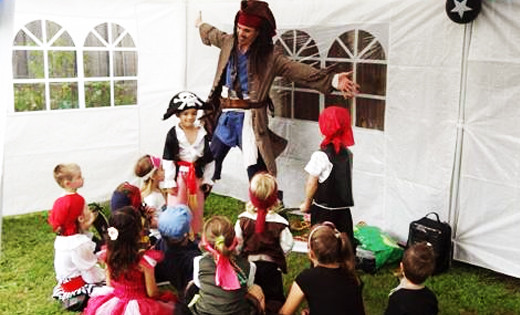 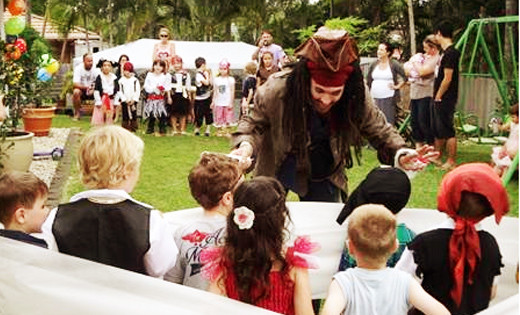 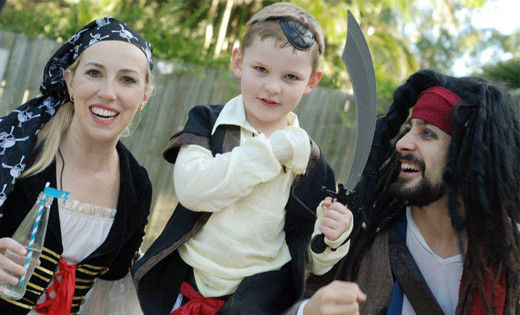 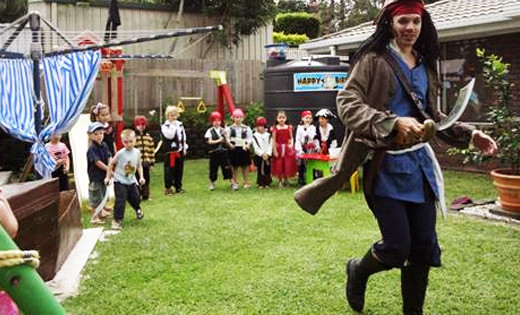 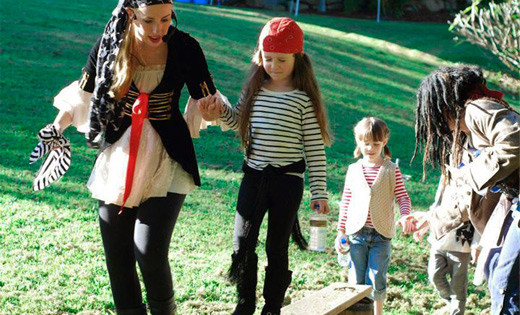 Hire a real pirate to race your little scallywags into the ground with fun, active, pirate themed party games. Experience a sword fight with wobbly balloon swords and rescue your friends from your enemies.

Great childrens’ birthday party entertainment has different varieties of pirate activities and your child will have just that!

The world needs Pirates to sail the seven seas and get up to pirate mischeif. Brisbane Pirate Themed Birthday Party Entertainers are well versed in training games, full of useful information, and of course, bursting with energy for the best kids pirate party entertainment!!

By now the children have worked up a pirate-sweat! This brief pause is also used to connect with your child and their friends and answer any questions they have related to your pirate themed birhday party entertainer and how to win over villains!

In order to act like a Pirate your birthday party guests need to think like a pirate.
The children “train” through active pirate themed birthday party games, to outsmart other pirates. They will sail ships, jump higher and react to dangerous pirate situations faster than ever!
The games are active and exciting especially the one where your child’s friends get wrapped up in sails and walk the plank (streamers and baking paper.) Your child will have to save them all.
You will notice up to 20* very happy birthday party children, hilarious to watch, transform before your eyes into mini pirates.

A highlight of the pirate birthday parties… Your mini pirate birthday party guests will learn how to duck for cover, respond quickly to instructions from their pirate entertainer and spin your birthday child into a frenzy of fun – make sure the camera is at hand to capture their faces!

Then your child’s friends will absolutely love the final part of the birthday party – a balloon sword fight! Which balloon will last the longest?

Finally cool birthday party stickers and magnets are presented to the boys and girls at the birthday party then time is taken to have photos taken with your child’s special guest before their pirate party entertainer whisks off into the sunset to continue to sail the seven seas.
We are available for any questions that you have. Phone us!
0411 114 709
or
Contact SuperSteph