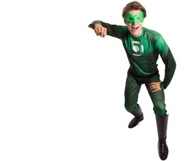 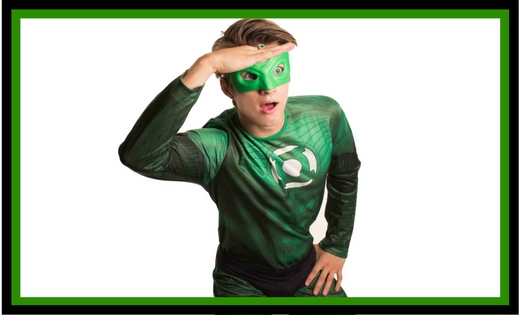 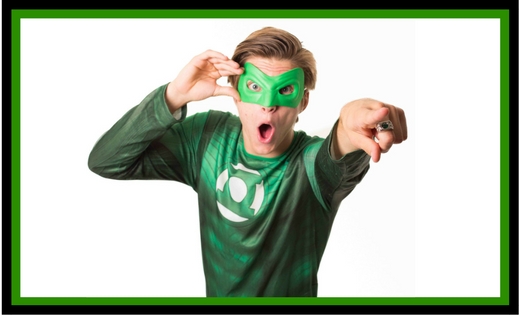 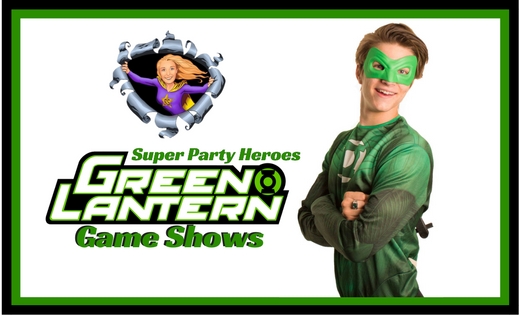 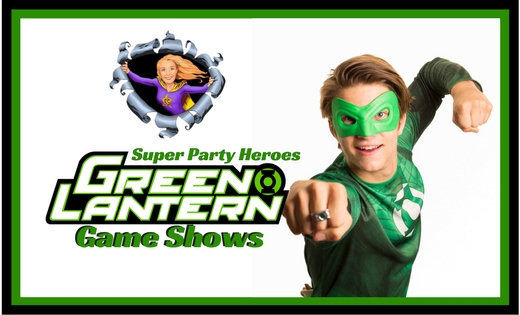 Time to make your child’s dream come true! Let him be a Super Hero of the day by throwing him the Best Green Lantern Themed Birthday Party that he wished! Be the new trend to Book Super Party Heroes for a 5-star party that everyone is talking about!

The show is tailored to entertain children aged 4 -7 years old and built with unlimited fun and silly superhero themed activities that will bring the best experience to your birthday boy or girl and all the children who will be there to join the fun! The children will put into training as to how they could be as strong as their galactic idol, GREEN LANTERN!! Your hired entertainer from the galaxy of Super Party Heroes is granted a mystical green ring that will bestow the birthday child (and his best friends) with his (their) skills and otherworldly powers to keep peace within the universe!

0-10 minutes Meet & Greet
Your hired Green Lantern entertainer will come rushing through the Super Party Heroes Universe to attend one of the most important mission that his mystical ring asked! Your Green Lantern Entertainer will be greeted by up to 30 strong children that are so excited to bond with the hired Super Hero, Green Lantern, and ask questions such as – “can you make a car with that right?” , “What else can you do with the ring”, etc… BUT FIRST, Your entertainer has to find out who the birthday child is! The party entertainer is so funny that he gets it wrong in so many silly ways! When he finds out who the birthday child is, everyone will be surprised as your entertainer dressed as Green Lantern will enroll all the children for a day with the BEST BIRTHDAY SUPERHERO TRAINING!!

10-20 minutes Fun Themed Games
Super Steph’s Green Lantern Host will teach all the kids to survive! They will need to have Survival Skills such as how to run super fast using the ring to dodge Sinestro’s out-of-control powers and how to hide from Sinestro’s corps that invokes fear and dark powers!

20-35 minutes Rescue Me!
Green Lantern Host will get half of the children wrapped in an enormous ream of paper while the other friends come rushing to save them in order to learn how to be rescued from Sinestro’s trained evil corps! Sometimes we even have to save the mummies and daddies to add the silly fun in there!

A giant rope comes out to play tug of war in order to strengthen their ring up in case they need to create a strong physical object to defeat their enemy!

35-40 minutes Use Your Magic Powers
The entertainer shows how to improve their magical powers to make REAL magic so that they could create anything they wanted using the ring! The children cannot work out how they performed a miracle!

40-55 minutes Parachute Of Colour & Balloons
A gigantic colourful parachute is flung out across the crowd that green lantern has made through his ring! This is a real eye catcher and great time for parents to take selfies. heehaw. The very special birthday child will get spun around by his best of friends as they sing HAPPY BIRTHDAY! The entertainer will then play all sorts of games with the parachute such as bringing the chute up and down as they lie, squealing with excitement, face up, underneath it, pretending that they are hiding from the corps.

Finally, The children are now trained in the special art of defending themselves with … A sword made by the entertainers skill that the ring bestowed! These bright colored balloons are given out and create a great photo with smiling faces from the children as they receive one. However, before they are given these wiggly tools, they have to answer a lot of questions about their missions! All the kids will find out special ways to yield their silly weapon to protect themselves against the bad big corps (their daddies)! There is the chop, the slice, the wiggle and the TICKLE!

55-minutes to 1 hour Singing Happy Birthday & Prize Giving
After all the training to become a real Green Lantern Side Kick! Each child is given a sticker and a magnet as a commemoration of completing their Super Hero training. NOW!! It’s time to sing happy birthday to the most important person at the party – your child! The Green Lantern performer will gather all the children and adults around as you grab the lighter and camera. The entertainer manages the crowd to make sure that you have the perfectly arranged crown for your special photo of your child blowing out their candles surrounded by friends and family.

The entertainer then leads them into the famous song and finishes with cheers of HIP HIP HORRAAY! Then, it is time for souvenir photos with their favorite character. The party continues with everyone eating party food, the cake gets whisked off to be cut up and dished out as dessert. Your birthday party will be a big hit with everyone talking about it at school.

Balloon Replacement Time – Extra Ballooning
For only a little extra  you will receive 30 mins MORE of entertainment as your Brisbane birthday party performer whisks his magic to create balloon animals in just 30 minutes!! Each girl and boy will leave the party with balloon sword or flower or balloon dog or space gun! Now that’s great Value! This is a great add-on for the show as a lot of the balloons in the Tickle fight burst during combat. This way, everyone gets to receive another balloon! Bargain!
We are available for any questions that you have. Phone us!
07 3555 8019
or
Contact SuperSteph