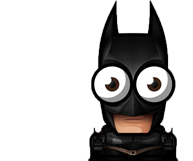 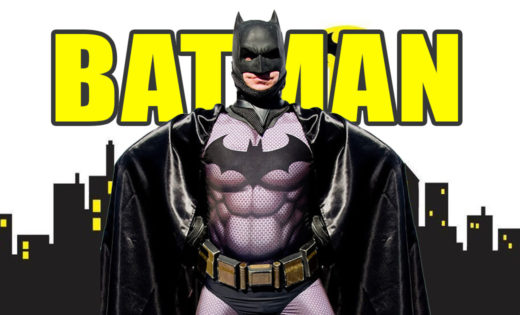 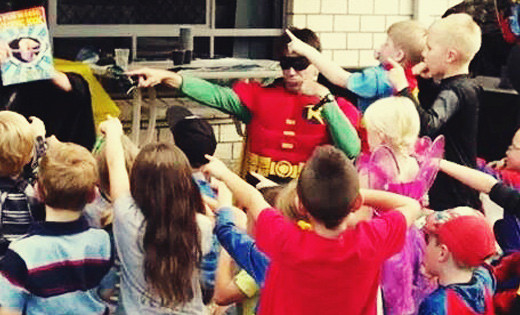 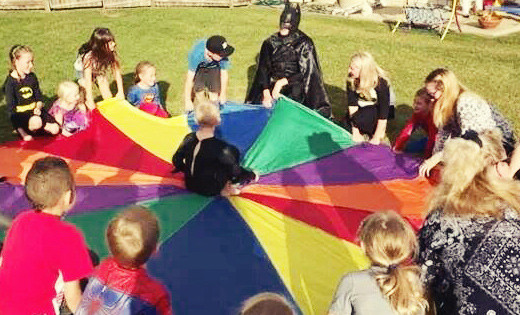 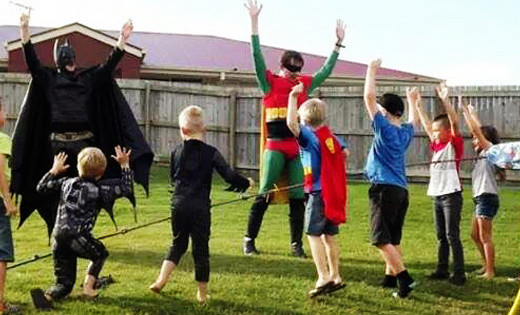 Having a Boys Batman Themed Birthday Party? Hire Brisbane and the Gold Coast’s Top Kids Party Entertainers to Dress up as your favourite character. Get The Company With a 5 Star Quality Rating by Facebook parents.

A real treat for boys and girls Batman themed parties in Brisbane and the Gold Coast.

BREAKDOWN OF 1 HOUR SHOW:
0-20mins: BAT-TRAINING
The children cheer for your Batman Party entertainer to come and join them for the show. He races in, everyone gasps as he captures the boys and girls imaginations and trains them to becoming mini superheroes. Equipped with Bat-Bag, your Batman party host whips them into shape through races, competitions and rescue techniques.
20-25mins: A BAT-BREAK FOR SUPER JUICE
After vigorous combat training with your host, The children stop for a well-earned drink and a quick round of Q&A to ask anything about Batman. “Is it hot in the Bat-suit?”, “What flavour Ice-cream does Batman like?”
Your party entertainer brings Batman birthday parties to life by making the birthday boy feel very special knowing that he is Batman’s best friend.
25-40mins: BAT-MAGIC & BAT-CHUTE
The children are trained to think like Batman who can perform incredible magical powers. The boys and girls are amazed to learn that, just hanging out with their favourite character, they too can make real magic happen at your son’s birthday party. Watch The kids’s faces when they see a mini magic show in front of their eyes. Watch-Out! Batman’s incredible villain net is thrown onto the ground. 3 meters in length, this gigantic, colourful parachute trains the children to whizz around with speed, fly out of danger and feel the Bat-Force.
40-50mins: BAT-CHALLENGE – DEFEAT THE VILLAINS
Batman birthday parties finish with a climax of colour. Tickle balloon swords are given out as the kids work as a team to capture Batman’s biggest villains!
55-60mins: SINGING HAPPY BIRTHDAY AND PRIZE GIVING!
At your Batman themed birthday party stickers and magnets are given to all the children by your entertainer. The boys and girls then take time to have photos taken with your child’s special guest before they whisk off into the sunset to continue the fight against crime.