Book one of our best entertainer in Brisbane and Gold Coast area to host a Merida Themed Birthday Party for your child to keep everyone involved with Silly and Fun Active games and activities. 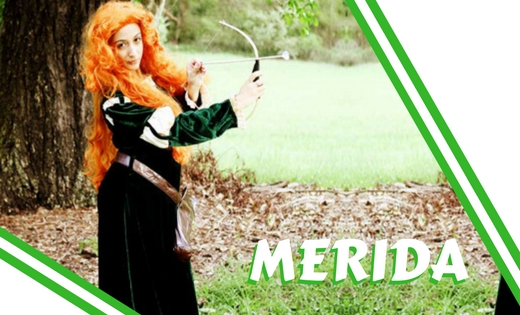 If your little archer is crazy for the strong-willed princess with wild, red hair, throw him or her the perfect Brave Movie Party! Our brave entertainer in a Merida Costume includes brave games and brave inspired activities. Hire our one of the best Merida entertainers for the best Princess Merida birthday that’s legendary!

The Show is just Perfectly made for children’s Brave Themed Birthday Party in Brisbane and the Gold Coast.

0-20mins: BRAVE FUN TRAINING GAMES
Your performer or Entertainer will Courageously escape from her Scottish Father , King Fergus and will travel through the enchanted forest with her magical bow and arrow just to say hello and meet her mini Merida Fans with her travel bag filled with her brave tools to use with their training missions during the day . Your performer will then teach or train the boys and girls with crazy fun skills training through obstacles with lots of running races, rescue games and competitions such as “Merida Races” , “Bow and Arrow Hide and Seek” , “Sneaking and Scaring” , “Rescue the good guys”  and so much more.

20-30 mins: MAGIC MERIDA SURPRISE
Your Merida entertainer will tell the boys and girls a secret. She is no ordinary archer – She has magic powers!!! The children say the magic words and BAM! The magic is done. They are sworn to secrecy and told to let no other archers know of her secret talents.

30 – 40 AIM AND SHOOT PARACHUTE GAMES
After the secret Brave  meeting,  the children are shown how to take the giant parachute that can be used when they are off on a mission saving cries and frowns. Your Merida Entertainer will have to hold on tight ready to celebrate your child’s special day. The birthday child to sit in the middle and the children all sing happy birthday as loud as they can as they spin them around on the colourful parachute. This game is great for photos!

40-50mins: READY FOR THE LAST TRAINING MISSION – DEFEAT MOR’DU!!
The Mini Fans has now completed the training and is now ready to help help out your Merida performer to fight against baddies, like Mor’du.  The children are taught how to protect Brisbane by learning how to use a tickle sword and tickle those bad guys (daddies) if they attempt to do bad things

55-60mins: SINGING HAPPY BIRTHDAY AND PRIZE GIVING!
At your Themed Birthday Party –  stickers and magnets are given to all the children by your Merida Entertainer as a completion for their training. The boys and girls then take time to have photos taken with your child’s special guest before they whisk off into the Brisbane and Gold Coast sunset to continue the fight against villains.

EXTRA 30 MINUTES?
You can even get your Entertainer to perform a 1.5 hour show from beginning of the party as the children arrive and meet the birthday girl. Your entertainer will ensure more fun games are played, including “pass the parcel” and even organise a pinwheel making workshop! 30 minutes of fun and games will be just for a little extra cost.

FACE PAINTING TOO? YOU HAVE IT!
For only a little extra you will receive 30 mins MORE of entertainment as your Merida Entertainer from Brave whisks her magic to paint up to 20 little cheeks in just 30 minutes!! with just 1.5 minutes per child each girl and boy will leave the party with a cheek design of a snake, butterfly, flower or spider. Now that’s great Value!